It has continued to be an unusually wet spring, but I’ve been able to see the light at the end of the tunnel in the last week or so as the temperatures have finally warmed up.

Working on the house has been a bit frustrating lately. Dan and I can’t seem to completely finish any task. We’ve had two faulty chainsaws, making the tree cutting stop and go. In between broken tools and bad weather, I started a window sash repair in the basement. I tried to dig out the fenceposts in the front yard and got one out after a struggle, but the remaining eight will have to wait for a friend with a truck to help us pull them. The chainsaw is finally running well, but I keep getting sent out of town for work, delaying the tree cutting. And while we focus on the water infiltration issues I explained in an earlier post, I still haven’t been able to get the house completely cleaned out or finish addressing the two large piles of yard debris that pose a fire and rodent hazard.  The end result is everything half-done, and a lot of work but no feeling of progress.

To soothe the frustration and feel like I’m accomplishing something, I’ve been shopping.

In the last few weeks I’ve picked up a lot of great items that will give the house some character. With the interior gutted, we’re really starting from scratch, which has its advantages and drawbacks. Normally, the ideal is to save as much of the original historic materials as possible. In addition to being part of the design and story of the house, they are usually of better quality than I could hope to find or afford today. While the lack of interior finishes is disappointing, it frees me up to orient and decorate the rooms as modern or historical as I please.

My goal isn’t to attempt to recreate the authentic 1870s interior stylings like you would see in a museum home, and I couldn’t afford to do that anyways. Instead, I’ve been picking up quality materials that may be newer than the house construction, but will give it some interesting character you can’t buy at Home Depot. It’s a rule of thumb not to add anything to a building that is older than the building itself, because this can create a (often tacky) faux historic look and confuse future owners and history buffs as to the actual age of the house, but I don’t think I’ll have this problem in Buffalo with my budget.

My first purchase was back in February before I actually owned the place, which was ambitious to say the least. I bought over 300 feet of solid pine baseboards from Black Dog Salvage in Roanoke, Virginia for $0.80 a foot. They aren’t my favorite, but I will never beat the price, and I’m sure they’ll do once they’re installed. Even the crummiest Lowes or Depot laminate bases are a few dollars a foot. I started stripping them of paint months ago, but have been distracted by more important house tasks.

I snagged these four heavy metal floor registers for $10 total at a warehouse sale in May. Three of them are operable, and I’m sure I’ll find a way to make the fourth one useful.

I fell in love with two brass doorknobs at an antique shop on a work trip in Youngwood, PA, and I found working hardware for them in the cottage basement. The large one on the left will be for the front door, but I haven’t decided on the location for the second. 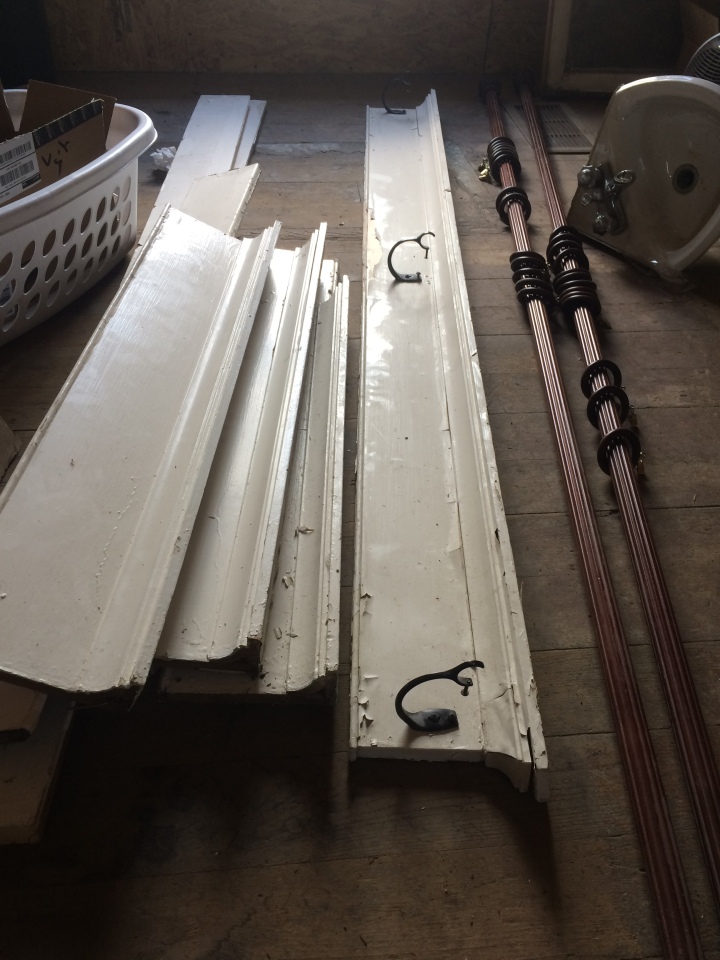 You can’t beat free, and this past week has been a picker’s paradise! While coming home from an open mic night on Tuesday, I decided to drive around Delaware Park and stopped for an interesting trash pile out in front of one of the big houses on Amherst next to the zoo. To my delight (and a little consternation towards the owners), the pile of debris was actually a bunch of solid wood window trim in great condition. I must have looked like a maniac stuffing things in my car at midnight in the rain, but they were totally worth it. I also picked up a little corner sink that we might use if we decide to put a second bathroom in the attic space. 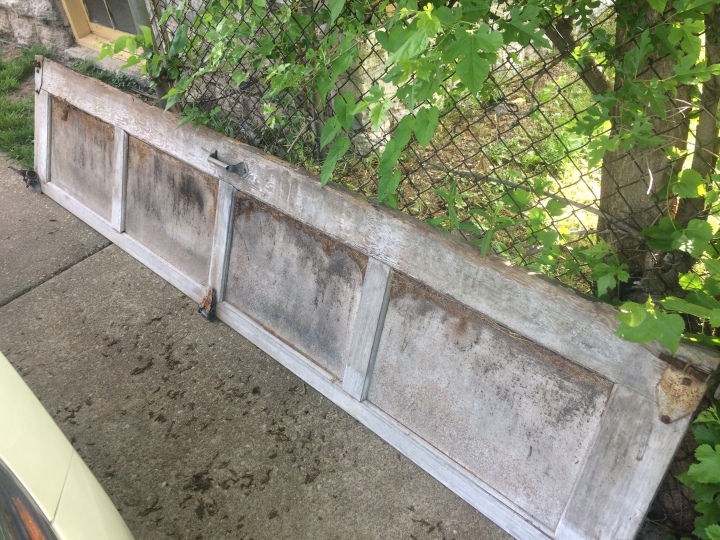 If that wasn’t enough, two days later, I found a super heavy duty 9-foot barn door on the side of the road in Black Rock. Unfortunately, my Subaru only has 8 1/2 feet of cab space, and I had no rope or bungee, so I drove home with the hatch wide open and one arm slung over the door. This will make a great pantry or linen closet door once I refinish it.

Well, that’s all folks. I’ll have another round of progress pics for you next week.

This is a text widget, which allows you to add text or HTML to your sidebar. You can use them to display text, links, images, HTML, or a combination of these. Edit them in the Widget section of the Customizer.